First off: Who’s been reading our blog?

In the last month we have had views from the following countries:

On march 16, 2012 Steve Kerr and Taylor Thibodeau road their bicycles into the heart of the Rocky Mountains. This is their story. *play Law and Order Theme song*

The two of us awoke and prepared breakfast at the home of Zack and Desiree. The married couple had gone off the work early that morning, so we all said our farewells the evening prior. After cleaning up a bit, forgetting my flannel and Steve’s wallet, we headed out the door. Destination: mountains. We planned to meet with Steve’s uncle Ben somewhere in Denver to drop off our gear. From there, he would take his 2 year old son, Colin, to the zoo. Steve and I were able to enjoy our ride without being weighed down. On uncle Ben’s way home, he would pick us up and bring us to his home in Steamboat Springs, CO. This town lies 6,700 ft above sea level. 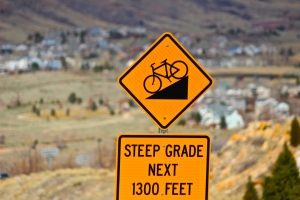 Like the river beside us, we flowed through the mountains. Our tires hugged the turns and the curves of the great rock faces surrounding us. We passed signs warning us of falling rocks and wildlife crossings. We also passed Buffalo Bills grave. 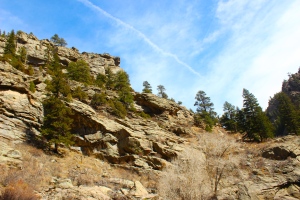 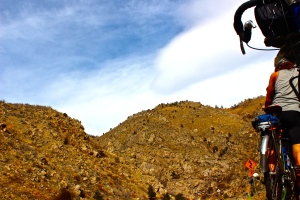 As the road narrowed and became increasingly more dangerous, it became apparent to us that we were on a road that didn’t allow bicycles. Then, we saw a sign that confirmed our belief. 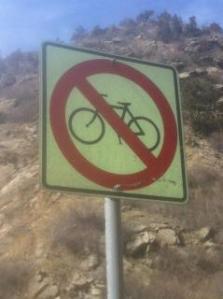 Eventually, we were rescued by Uncle Ben! Steamboat Springs is home to some of the most breathtaking scenery I’ve ever seen. I feel so small next to all these magnificent mountains.

So, what have we been up to? Running, Cycling up mountains, and Swimming. Running out of breath fast due to the thin air makes for intense training. We’ve also been baby sitting Colin. The eccentric little man who is not yet 3 is a bundle of fun. Lot’s and Lot’s of “The Busy World of  Richard Scarry” has been watched. Steve and I also have changed our first diapers! Of all the accomplishments I’ve made on this trip, handling that situation is in my top 5. 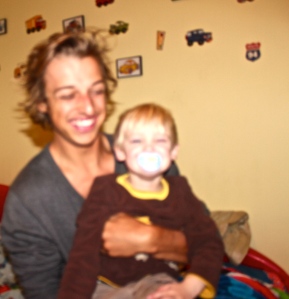 Two young hooligans on a journey. View all posts by TrailingTheSun